Originally from Pennsylvania, Jackie Lain got her start as a singer-songwriter in 2013, performing at open mics in the quaint town of Laramie, Wyoming. She began opening up for other local or touring acts and quickly got to know the mountain west music community. That same year she self-released a full album ¨Young Love¨ recorded in her college dorm room. In early 2015, Lain was the lead vocalist for The Gold Coast, a pop punk band based in Laramie. The group released their EP Running Circles that August and broke up soon after. Lain released her first EP, ¨Big Sky¨, in the Spring of 2015. After graduating from The University of Wyoming in 2016, Lain moved to Brooklyn, NY where she currently resides. She released her first single ¨Feeling So¨ on May 25th, 2018. In June 2018, she joined glam rock group Jimmy and THE BAND. Lain sings alongside frontman Jimmy Dudding and plays various instruments including rhythm guitar, ukulele and piano for the group. The band is active in the NYC music scene and has played shows at The Knitting Factory, Arlene’s Grocery, Bowery Electric and more. Lain’s upcoming single ¨You Don’t Know A Thing¨ is set for a release on January 31st, 2019. 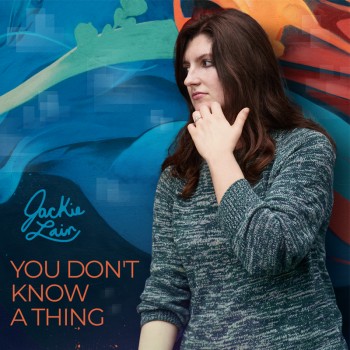 You Don't Know a Thing

“You Don’t Know A Thing” is the latest single from singer-songwriter Jackie Lain. The song showcases the multi-instrumentalists’ knack for storytelling throughout. On the verge of pop and rock, Lain’s voice can be heard loud and clear in the underground New York music s..